Thanks, I Missed You, Too 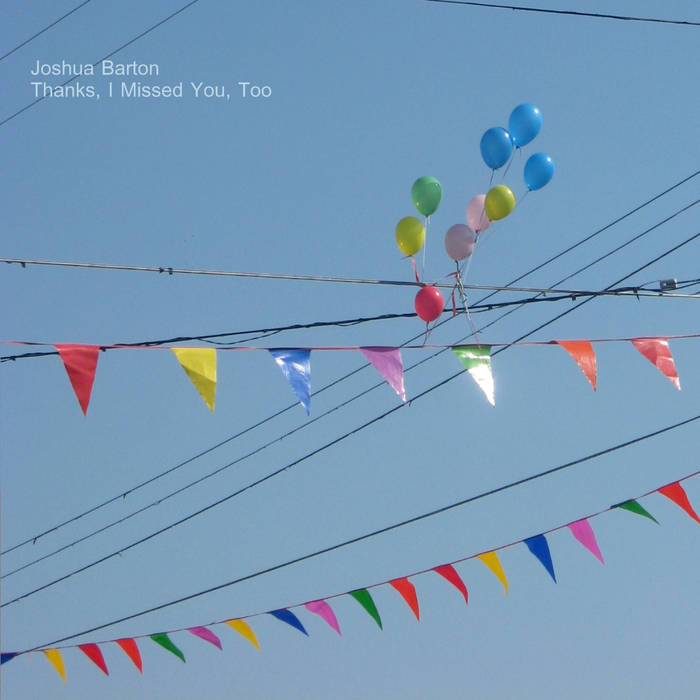 Every May, Joshua turns another year older and thanks the world for another successful year of staying alive. Likewise, he has established the tradition of releasing some thank-you-gift of music each year, and in 2009, that was Thanks, I Missed You, Too. In this first, semi-proper solo effort, Joshua allows himself to endulge in playful combinations of ambient sample assemblage, country gospel, new folk and the buzzy shoegaze sound that his band, Fields of Industry, has occasionally donned. In other words, Joshua gets to do all the stuff he's done before, but this time he does it all at once. Thanks... is an effort to reach an empathetic hand to Michigan with the hard-times resignation often employed by FoI, but here it's with a strangely up-key touch. Drawing upon recordings from 2005 to 2009, this was edited and compiled in 48 hours under the intense urge to get something done, an urge that Joshua hopes is contagious.

All songs and music by Joshua Barton, save "Head Hang Low" by Julian Cope, and "Farther Along" by Rev. W. A. Fletcher. Surely, Mr. Cope is forward-thinking and level-headed enough not to hate one for paying him homage. Likewise the good late Reverend Fletcher should not mind a tribute. Nevertheless, any objecting parties will be respectfully heeded, but probably not agreed with. Samples and found sounds from www.simplysamples.com available under a Creative Commons ReCombo license, creativecommons.org/licenses/sampling+/1.0/