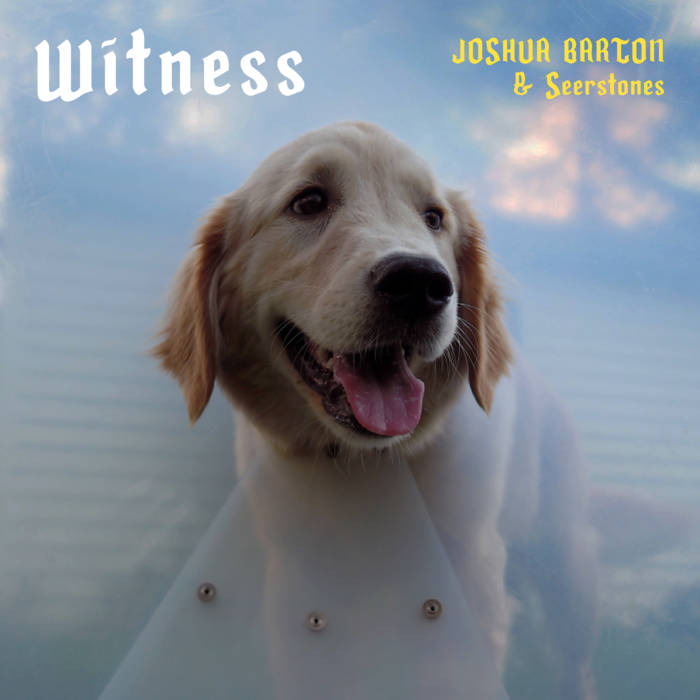 isingleton Just a great moody piece, especially this track. Favorite track: I Am Not Living My Calling.

Part of that has to do with a fullness of sound unheard on previous recordings, thanks to the stringband assembled to fill out Barton's acoustic arrangements. On this recording, Seerstones includes multi-instrumentalist and vocalist Peter Hochstedler, who also engineered the mostly live recording sessions, as well as Gordon Kwiatkowski, Thom McAlvey, John Voss, and Sam Copperman. Previous projects have leaned more ethereal at times, where Witness sounds intentionally world weary and mired in the physicality of thick harmonium drones, wide double-bass runs, and rich multi-part vocal harmonies.

But it's not only the instrumentation making for the change in tone. Barton has always been gifted at repurposing despair as a secret vehicle of hope, but he's never been more unflinching or willing to lock eyes with the void as he is on the first three tracks here. From the opening "Dark Side of Your Soul" through "Sardonia at Sea," Barton front loads the record with a raw-nerve, ego trip of violent fantasies, disillusioned liturgy, and self-damning proclamations, underscored by the ad infinitum final refrain of the dirge-like "I Am Not Living My Calling."

After confronting these phantoms, he turns his attention outward to accepting what is ("The Old Piano"), mourning what's been lost ("The Dog and the Buzzard"), and longing for lost ideals ("I Wanna Go Down") in the record's gentler second movement. Nothing's going to be alright, and that's going to have to be fine.

Which brings us to the closing "The Silence I Endure Each Day from God." A heartbreaking country ballad that opens with Barton's lone voice and strumming, the song first gives the impression we're actually listening to a restless crooner's midnight plea to an unfaithful deity before the barroom accompaniment kicks in, as if to say, "Grab a partner and dance. It's a lonely life, filled with our own demons, and if we've got a prayer against them, it's the same as it ever was: 'Lord, I believe; help my unbelief.'"